If you are just interested in seeing the project then head over to Github repo.

Here I will be more describing the journey and the overall experience pertaining to this project.

So Schemio, yeah this was the first actual Hackathon that I took part in, and the start of an amazing journey with Team Probably.

This was back at the start of my sophomore year, we were encouraged by our seniors (Team-Anything) to take part in hackathons, so we formed a team within the club and started scouring for hackathons that we can take part in and maybe at least make a basic product with the minimal skills we had at the time.

Being the first hackathon we had to do an arduous task: Coming up with a Team Name. We being the creative minds we are, turned to google, repl.it and random word generators and came up with:

Finally, after days, we settled on continuing the legacy of our Coding Clubs Hackathon team names over the years Nothing, Anything, and now us Team Probably. This team name surely turned out to be a head-turning name.

We got too distracted with deciding the name and being scared of a hoax that there’s gonna be a screening process for the hackathon that we missed the deadline for the registration.

All hopes were lost and we tried contacting the organizers to make an exception but they didn’t agree as that would have been not fair with other teams.

Out of nowhere, I tried to register again while in college, and since the college internet was dead slow then, for a sec the registration page loaded before redirecting me to the home page. So then it was just a matter of stopping the page from redirecting, and boom we have the registration form, at this point, we were very skeptical and thought that there would surely be a check on server-side which stops late registrations. So after registering we crossed our fingers and waited for a few days for the final team list to be released. 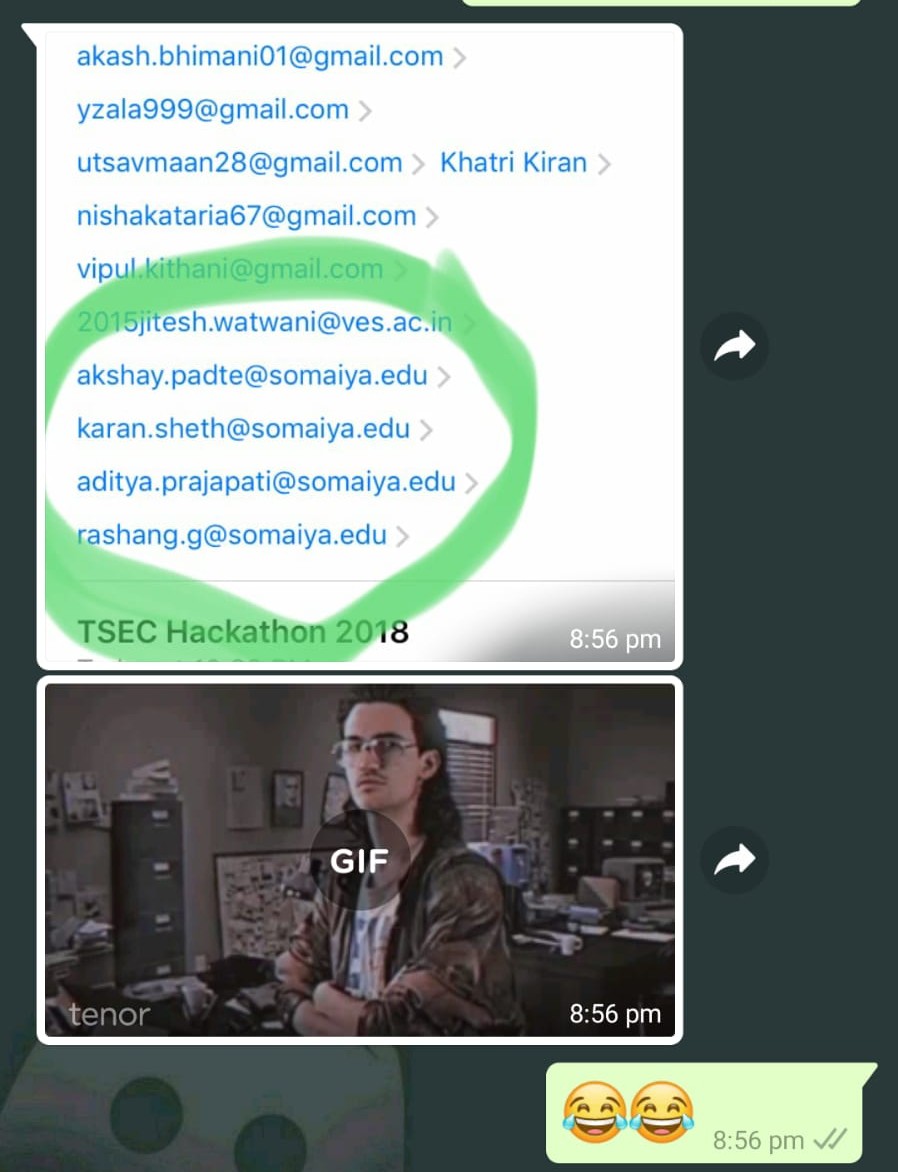 At the time, we had never even tried flask or any other framework let alone make a full-fledged application. But with the excitement of the first-ever hackathon and that too overnight we just had one goal in our mind, making something that we can present at the end of the hackathon. Being the last team we did not get a choice of Problem Statement and were a bit bumped on getting our Problem Statement.

We divided our work into 3 sections namely frontend, backend, and data scraping. After 12 hours of trying to do stuff, we scraped over 1000 government schemes and they turned out to be the wrong one. After much brainstorming, we decided to start scraping again while the frontend and backend work with the wrong scraped data, for the time being. After a sleepless night and learning bs4, selenium, Django, SQLite for the first time ever we had something.

I am not saying it is good, but we were proud of what we had made in 24 hours with little to no prior experience.

Feature as a Bug

During the presentation, we were asked why there is no option to upload the documents.
The real reason for this was that we were not able to get that working so we just removed the option. But instead of saying this, we said

We used a free server to deploy our project and registered a free domain using freenom, that domain has now expired but the point being that when you deploy the project and can present a live demo, that serves as a major advantage. Think about this if you have a product, what is stopping you from giving a live demo? You don’t have to spend anything, free trials of everything are available: free domains, full-fledged servers, mongo database, APIs, etc..

I would go as far as saying that you should deploy your project and give a half baked live demo as that shows confidence, almost always the judges have very limited time and won’t actually test your project but will just believe you on your confidence.

In the end, we came in the top 10, not a great achievement, but we learned the following fundamental lessons: