One evening, I unlocked my phone to this: 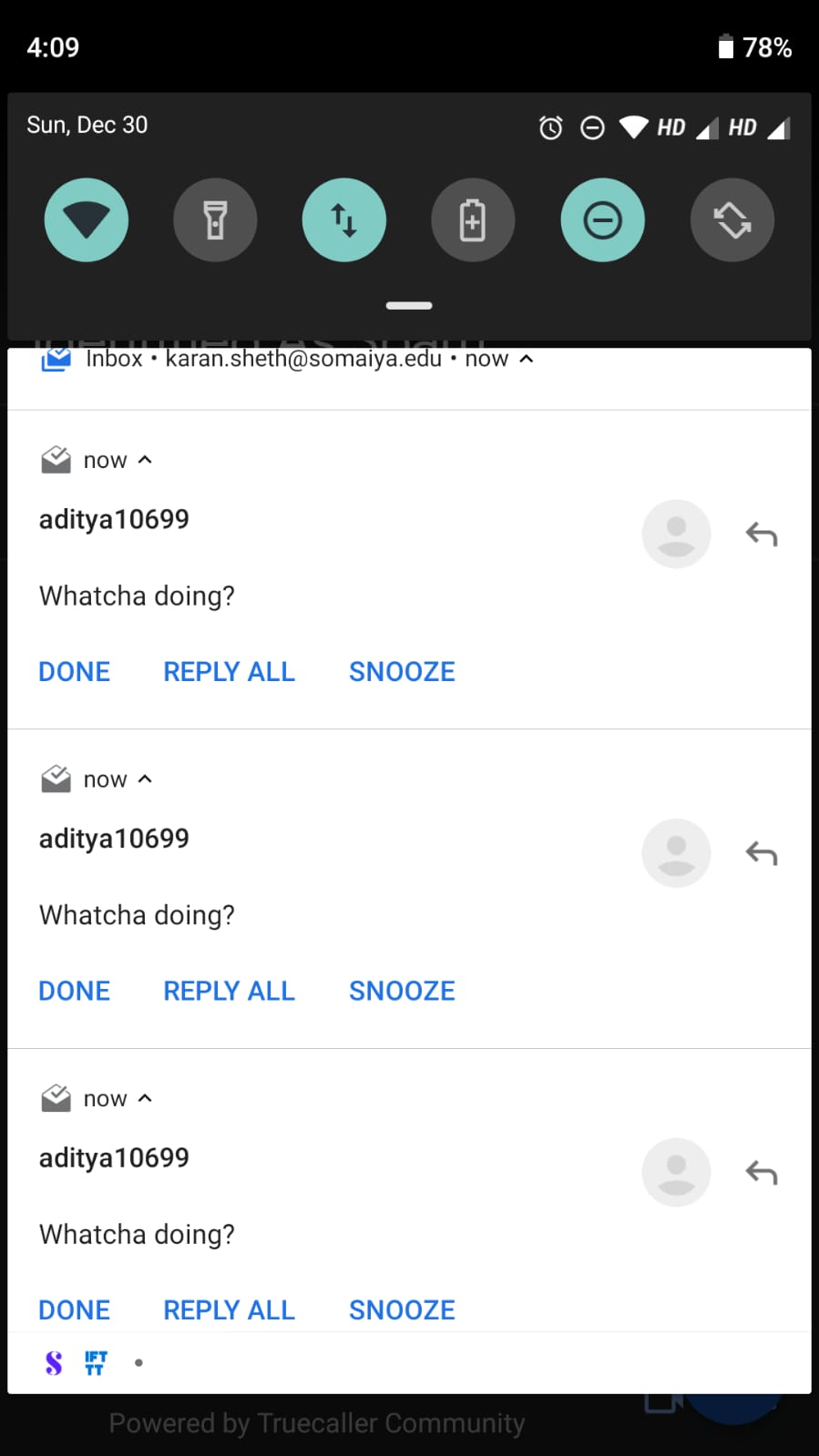 50+ mails with the same spam from my friend. Google did not classify these emails as spam since we had some mail history and so it was a trusted mail id.

So I had two options:

Well, I choose none of the above. I decided to answer them, each and every one of them.

But of course, I am a programmer I was not gonna do it manually. The problem was I had never automated mail replies, I had previously written scripts to send mails for website signups, confirmations, etc.., but never had I done something were in the incoming mail was read and a reply was sent based on the content.

This was a perfect opportunity to learn that, so I did the following:

Then it was time to hop on to Google and Stackoverflow. Searching for a bit and trying some stuff out, I finally settled on using yagmail, a simple GMail/SMTP client for sending mails. I used GMail SMTP for reading mails.

There are many python libraries available for SMTP Client, but I found yagmail to be the simplest and that was the only reason for choosing it.

Time to write and test the script: As you can imagine it’s a pretty simple script, with the following logic:

And this worked like a charm after trying on some test mails I did from my other Id, I was ready to take my sweet revenge.

There are few very bad programming practices that are followed in the script above that one should avoid, but I did not care at the time because I was in for the revenge and was not writing code for deployment. Following are the mistakes I made and how you can avoid them:

I am sure there may be more mistakes, but I wanted to point these as I learned the hard way to never commit credentials into git.

Back to the story, I had written the script and it was working flawlessly, I even added tags to the mail so I can filter them out easily in future. The only issue was I had to keep running the script every few minutes. The solution to this was CRON. Cron is basically a job scheduler, it will run a given script, app, etc.. at a given time and this could be set to repeat. So I had to basically set cron to run my script every 5 minutes and boom, I was done.

To finish it up, I also installed mutt: a system mail client, just to check the output from the cron jobs. After this, I spun up a few more scripts to spam a few more friends.

After a few hours my mailbox looked like this:

In the end, we came to a truce and ended the great war.
Thanks to @Syn3rman for starting this all up, with the initial emails and thanks to @RusherRG and @hetzz for being a worthy opponent in the mail wars 2018.

Following are some resources that will help you in doing something similar: